Join us for four exciting Scottish poets and the presentation of the annual Mark Ogle Memorial Award.  Mark was one of the very early Shore Poets but sadly he died relatively young.  Since then his family has provided an annual sum which we use to commission a poet to respond to one of Mark’s poems.  So, this month, we will have the pleasure of hearing Miriam Gamble, this year’s MOMA poet, read both a poem of Mark’s, Coastal Walk: Islay, and her response poem, Feldspar.

Sunday 25th February 2018
7pm (doors open 6.30pm)
Oh! Outhouse, 12a Broughton Street Lane, Edinburgh, EH1 3LY
Admission: £5 (concessions £3)
Please be there in plenty of time to get a seat. Unfortunately, fire regulations mean we have to turn people away if the room becomes overcrowded.

Brian McCabe has held various writing fellowships, including those at Edinburgh University and the University of St. Andrews and he was editor of Edinburgh Review 2005-2010. He was Royal Literary Fellow at Glasgow University 2010-2012 and 2014-2015. Currently he is a Lecturer in Creative Writing at Lancaster University. 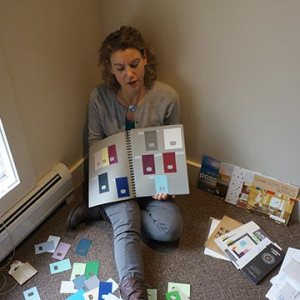 Kate’s piece, People Made Glasgow, was selected as a Best Scottish Poem 2016 and her poetry pamphlet, tilt-shift, was Runner Up in the Callum Macdonald Memorial Award, 2017, and noted in The Bottle Imp’s Best Scottish Books, 2016, and the Times Literary Supplement’s notable pamphlets, 2017.

Her novel, Head for the Edge, Keep Walking has five stars on Amazon and is a library lending favourite.  Kate has received three Creative Scotland funding awards, for fiction and poetry, and held literature residencies at Cove Park, Vermont Studio Center and Outlandia.  She is a children’s literacy volunteer, and chairs book festival events.  She gained a Masters in Creative Writing from the University of Glasgow and is completing a collection of short fiction.

Màrtainn Mac an t-Saoir (Martin Macintyre) and his family live in Edinburgh.   He has been an Edinburgh ‘Shore Poet’ since 2010.  He works as a medical doctor and a writer and is involved in a number of Gaelic initiatives in the city.  He was brought up in Lenzie near Glasgow, his father being originally from South Uist.

He is an author, bard and storyteller and has worked across these genres for many years now.  His early poetry was published in Let Me Dance With Your Shadow in 2006, and in 2007 he was crowned ‘Bard’ by An Comunn Gàidhealach.  He has been interested in Gaelic songs and singing for many years and has competed at various National Mods and reached the final on a number of occasions including 2017.

Besides his poetry and two novels he has written two collections of short stories: the first in 2003, Ath-Aithne (Re-acquaintance) – soon to be translated into French – won The Saltire Society First Book Award; while his latest collection, Cala Bendita ’s a Bheannachdan (Cala Bendita and its Blessings), was shortlisted for both The Donald Meek Award and The Saltire Literary Book of The Year in 2014.

He is currently writing a new novel and new collection of poetry and will appear at Stanza 2018. 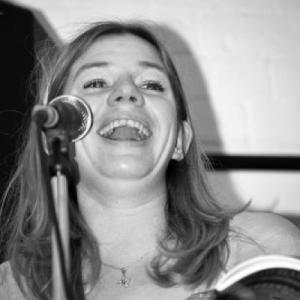 Miriam was chosen as the Mark Ogle Memorial Award poet for 2018, and will be reading her response to one of Mark’s poems. See the MOMA page for more information. Miriam was born in Brussels in 1980 and grew up in Belfast. She studied at Oxford and at Queen’s University Belfast, where she completed a PhD in contemporary British and Irish poetry; she now lectures in creative writing at the University of Edinburgh.

She won an Eric Gregory Award in 2007, and the Ireland Chair of Poetry Bursary Award in 2010. Her pamphlet, This Man’s Town, was published by tall-lighthouse in 2007. Her two collections, The Squirrels Are Dead and Pirate Music were published by Bloodaxe Books, in 2010 and 2014. Squirrels won her a Somerset Maugham Award in 2011.

The Whole Shebang is an Edinburgh-based collective, formed in 2011, who play good-time music, from show tunes and standards through blues, country and western to contemporary pop.

AND THE LEMON CAKE RAFFLE

The lemon cake raffle provides us with much-needed funds, and of course provides one lucky winner with an excellent lemon cake. We will not be having a wildcard spot, though, as we are bursting with poetry.

We should have a wildcard spot this month. Please mention to the person selling tickets that you’d like to put your name in the hat (ideally we will ask you, but sometimes we forget to ask and then we feel sad once we remember our omission). Bring a poem to read in case you’re chosen! You’ll have three minutes (this includes any preamble or introduction – it’s a good idea to time yourself in advance to make sure you’re within the time limits).

See you on 25th February!

1) we have a mailing list, and if you haven’t signed up yet, here’s your chance: just click right here and fill in the few bits of information. This is usually only for event notifications and things like ‘looking for slam/open night participants’. You can unsubscribe anytime you want to, although we would be sad if you did.

2) Our email address (take out spaces on either side of the @) is shorepoetsedinburgh @ gmail.com. Emails sent to any other email address go to the great rubbish bin in the virtual sky.