Shore Poets is back for a new season, at our new, central location – the Canons’ Gait cellar bar on the Canongate.  We have even more poetry for you this season – each event will feature four poets, instead of three. We’re delighted to begin our 2019-20 season with a reading from Shore Poet’s Honorary President, Stewart Conn, alongside Shore Poet Jane McKie and two new poets, Max Scratchmann and Jane Bonnyman. 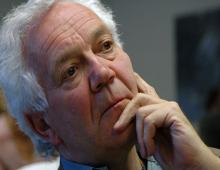 Stewart Conn has for many years lived in Edinburgh whose inaugural makar he was from 2002 to 2005.  The city has played an increasingly dominant albeit ambivalent role in his poetry and his affections – one enriching aspect of which has been his warm association with individual members of Shore Poets, whose Honorary President he is.

Publications include The Luncheon of the Boating Party, The Breakfast Room and a new and selected volume The Touch of Time, all Bloodaxe Books, and from Mariscat The Loving-Cup, Estuary and Against the Light. Aspects of Edinburgh, a selection of his poems with drawings of the city by John Knight, was recently published by the Scotland Street Press.  He can be heard reading from his work on The Poetry Archive. 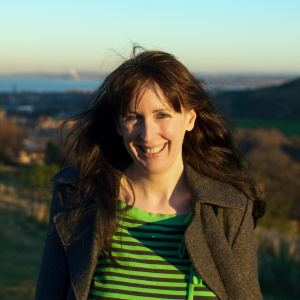 Jane McKie’s collections of poetry are Morocco Rococo (Cinnamon Press, 2007), When the Sun Turns Green (Polygon, 2009), and Kitsune (Cinnamon Press, 2015). In 2011 she won the Edwin Morgan poetry prize and published a pamphlet, Garden of Bedsteads, with Mariscat Press, a PBS Choice. Her most recent pamphlet is From the Wonder Book of Would You Believe It? (Mariscat Press, 2016). She has an academic background in Psychology, Anthropology, Philosophy and Literature, and is a Lecturer in Creative Writing at the University of Edinburgh and an Advisor to the Edwin Morgan Trust.

Jane Bonnyman is from Edinburgh and was a Clydebuilt 7 mentee. Her first pamphlet, entitled ‘An Ember from the Fire: Poems on the Life of Fanny Van de Grift Stevenson’, was published by Poetry Salzburg in 2016. Her poems have appeared in The Dark Horse, The Interpreter’s House and Magma.

As well as being the crazed genius behind all of the Edinburgh-based spoken word theatre company – Poetry Circus’ – shows, Max Scratchmann is a writer, performer, life model and general theatrical dogsbody in his own right; not to mention clinging grimly to the now-fading title of award-winning illustrator. He can also be found at festivals and events in his doppelgänger persona of Professor Max – Takeaway Poet.

MUSICIANS: FIRE IN THE GRATE

A four-piece acoustic American roots and country music band, Fire in the Grate do everything from from Bob Wills, to Hank Williams, Tim Carroll to Gillian Welch. They recently had a very successful Edinburgh Fringe show -“The Americana Songbook” and are touring in Fuertaventura this winter.

We will have a wildcard spot this month. Please mention to the person selling tickets that you’d like to put your name in the hat (ideally we will ask you, but sometimes we forget to ask and then we feel sad once we remember our omission). Bring a poem to read in case you’re chosen! You’ll have three minutes (this includes any preamble or introduction – it’s a good idea to time yourself in advance to make sure you’re within the time limits).