Our final Shore Poets event of the season! Please come along for what we are unofficially calling The Night Of Two Traceys. (Also a Ross and a Frank, and a musical Esther.)

Before we get started, a brief announcement: we have a new mailing list! We will be retiring the old one, which is creaky and full of spams and bounces. If you’re on the old one, we won’t be moving you automatically to the new one, but signing up for that new one is a breeze: just click right here and fill in the few bits of information.

Sunday 26th June 2016
7pm (doors open 630pm)
Oh! Outhouse, 12a Broughton Street Lane, Edinburgh, EH1 3LY
Admission: £5 (concessions £3)
Please be there in plenty of time to get a seat. Unfortunately, fire regulations mean we have to turn people away if the room becomes overcrowded. 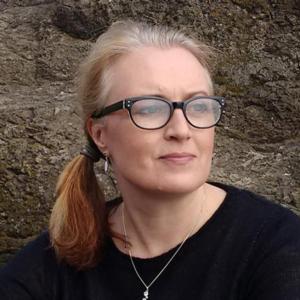 According to Bloodaxe Books: Tracey Herd was born in Scotland in 1968 and lives in Dundee. She studied at Dundee University, where she was Creative Writing Fellow in 1998-2001. In 1997 she took part in Bloodaxe’s New Blood tour of Britain, and in 1998 was the youngest poet in the British-Russian Poetry Festival organised by the British Council with Bloodaxe when she gave readings in Moscow and Ekaterinburg and her poems appeared on metro trains in Russian cities. She has published three collections with Bloodaxe: No Hiding Place (1996), which was shortlisted for the Forward Prize for Best First Collection; Dead Redhead (2001), a Poetry Book Society Recommendation; and Not in This World (2015), a Poetry Book Society Choice shortlisted for the T.S. Eliot Prize. 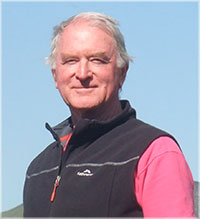 Ross is an Australian poet who comes to Europe regularly to read. His poems have been widely published in Australia and Ireland. He has also had poems taken in the United States and New Zealand. His work has been broadcast on Radio National’s Poetica and community radio. He has a Scots ancestor who was transported for 14 years in the 1850’s (theft). 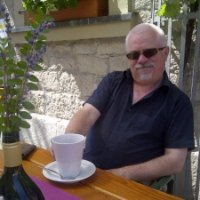 It is at this point the webmistress realises (with shame) that she has managed to forget to give Frank his own Shore Poet page. In contrition, she notes that Frank has been our wonderful musician wrangler this year, as well as being a musician in his own right – he plays with Holm and The Whole Shebang, and in the St Andrew Orchestra, Edinburgh. He writes both poetry and prose and may be reading at least one piece in Russian this evening. 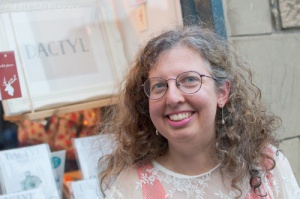 Tonight’s second Tracey is originally from the United States, and yes, she is fully aware that she does not sound Scottish. She has a husband and a cat; both are currently sitting on the sofa, and one of them is keeping an eye on that bug.

Sadly, Kirsti Law has had to cancel due to illness; we hope to have her with us at a future date. Our musician will now be harpist Esther Swift.

Singer-songwriter and harpist Esther Swift is an up and coming musician in the Scottish folk music scene. Whilst being heavily influenced by her folk roots, Esther’s music also combines jazz, blues and minimalist references. With a passion for pushing the boundaries of folk and classical harp music she has become a prolific song writer. A deep love of Scotland, the Scottish Borders (where Esther grew up) and nature continually inspire and influence her music; the songs of her new EP ‘The Mairches’ which features cojon, string quartet and trumpet, are based on her life growing up in The Scottish Borders.

We should have a wildcard spot this month. Please mention to the person selling tickets that you’d like to put your name in the hat (because sometimes we forget to ask and then we feel sad once we remember our faults). Bring a poem to read! If you’re chosen, you have three minutes (this includes any preamble or introduction – please time yourself in advance to make sure you’re within the time limits).

We hope to see you there! Please be there in plenty of time to get a seat. Unfortunately, fire regulations mean we have to turn people away if the room becomes overcrowded.

You can also join us at our Facebook group and keep an eye on our Twitter feed.

I write. I do other things, of course, but here is where I discuss writing (mostly). View all posts by Tracey S. Rosenberg